LANSING, Mich. — Legislation sponsored by Sen. Ed McBroom to save the 95-A District Court judgeship in Menominee County from elimination was signed into law on Thursday.

Senate Bill 87, now Public Act 1 of 2019, reverses a 2012 law that eliminated the position, which was based on a State Court Administrator’s Office (SCAO) Judicial Resources Recommendation (JRR) calling for the removal based on data and statistical analysis from 2008-2010. The position was to be eliminated on March 31.

“I appreciate the support of my colleagues from both sides of the political divide for recognizing the importance of keeping the 95-A judge and for their quick action in getting the bill approved, especially Representative Beau LaFave who sponsored an identical bill in the House, and Representatives Greg Markkanen and Sara Cambensy,” said McBroom, R-Vulcan. “I also would like to thank Governor Whitmer for her support in signing the bill — her first— as this was vital to preserving the due process rights of Upper Peninsula residents.”

Statistics show the situation has changed, with felony filings in the Menominee District Court having significantly increased over the past eight years, prompting the legislation, and validating concerns McBroom expressed in 2011.

“I am grateful that everyone was able to come together collaboratively to ensure retention of this seat,” McBroom said. “We were fortunate to have strong support from the judges in the Upper Peninsula, including leadership from Judge Ninomiya and assistance from the local counties and U.P. Judges Association.

“The local justice system faces new challenges and, coupled with the geographic realities in the Upper Peninsula, now was the right time to ensure residents have timely access to our courts.”

Video of McBroom discussing the new law is available at https://www.senatoredmcbroom.com/video/. 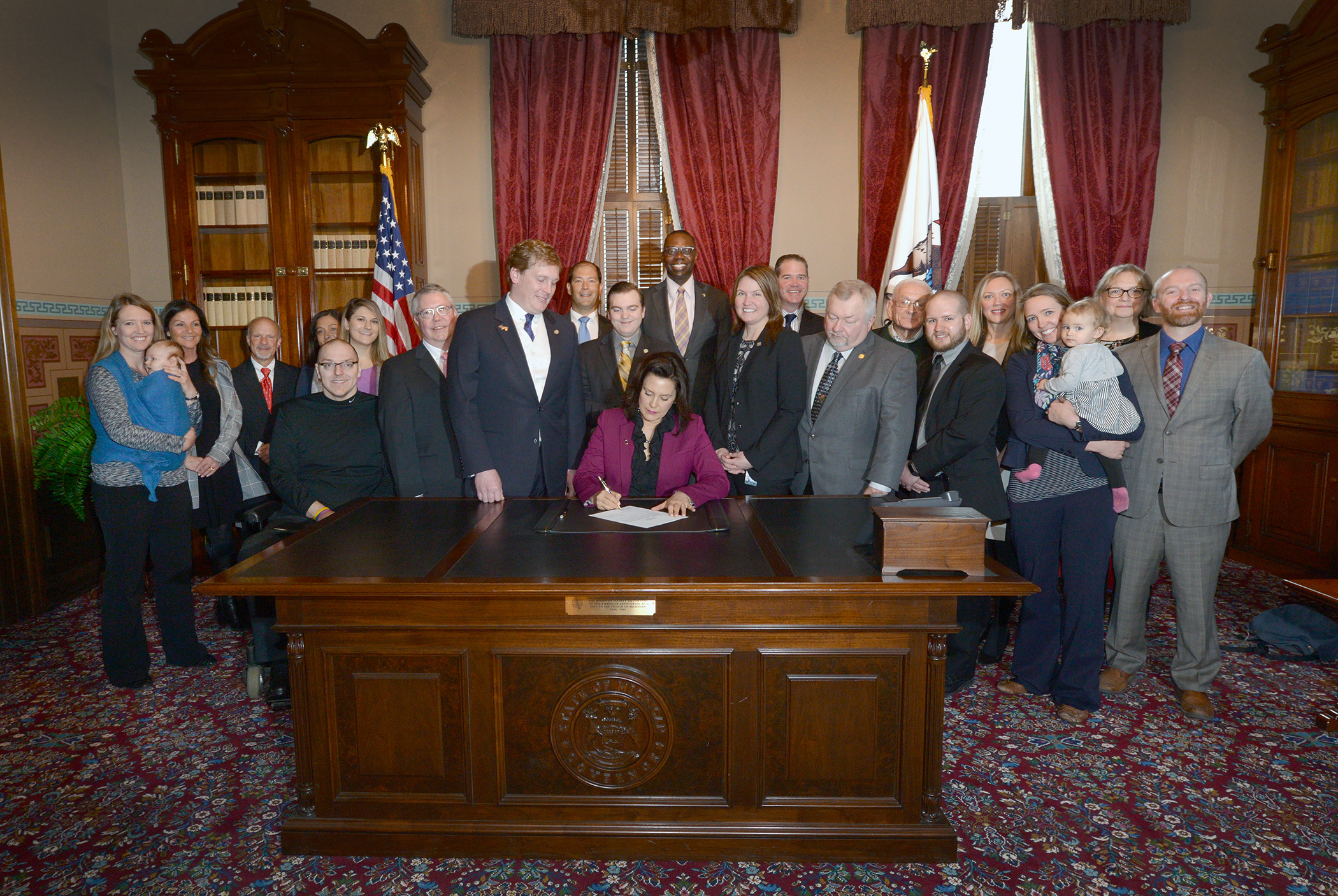