“This unilateral executive action by the governor raises significant concerns for the residents of our state,” said Sen. Ed McBroom, R-Vulcan, who chairs the Oversight Committee. “Eliminating these important boards would take away a fundamental right of the people to have a voice in how their government is run. At a time when the governor talks about openness and increasing government transparency and accountability, this executive order would do the opposite.

“The Legislature created these panels last year for a reason, as an important way for private citizens — property owners, farmers, and job providers — to have their voices heard in the traditionally unclear and unreasonable bureaucratic permitting and regulatory process. Removing them by executive fiat would be an injustice and would degrade a state government that should be responsive to the needs of its citizens.

“The prudent thing to do would be to consider the governor’s desired actions deliberatively and thoroughly, through the legislative process. So, while we respect a governor’s authority to reorganize the bureaucracy, the specific actions in this executive order are a bridge too far.

“I would like to work collaboratively with the governor on the issues cited as the reasoning behind the proposed EO — a clean environment, energy needs that are met and clean drinking water. Those are issues that we all support. Unfortunately, the argument that this EO would somehow make cleaner water resources felt contrived by special interest groups in support of the EO, a talking point to gain public favor while the greater impact was determined to be that of building bureaucracy and further infringing on our way of life.” 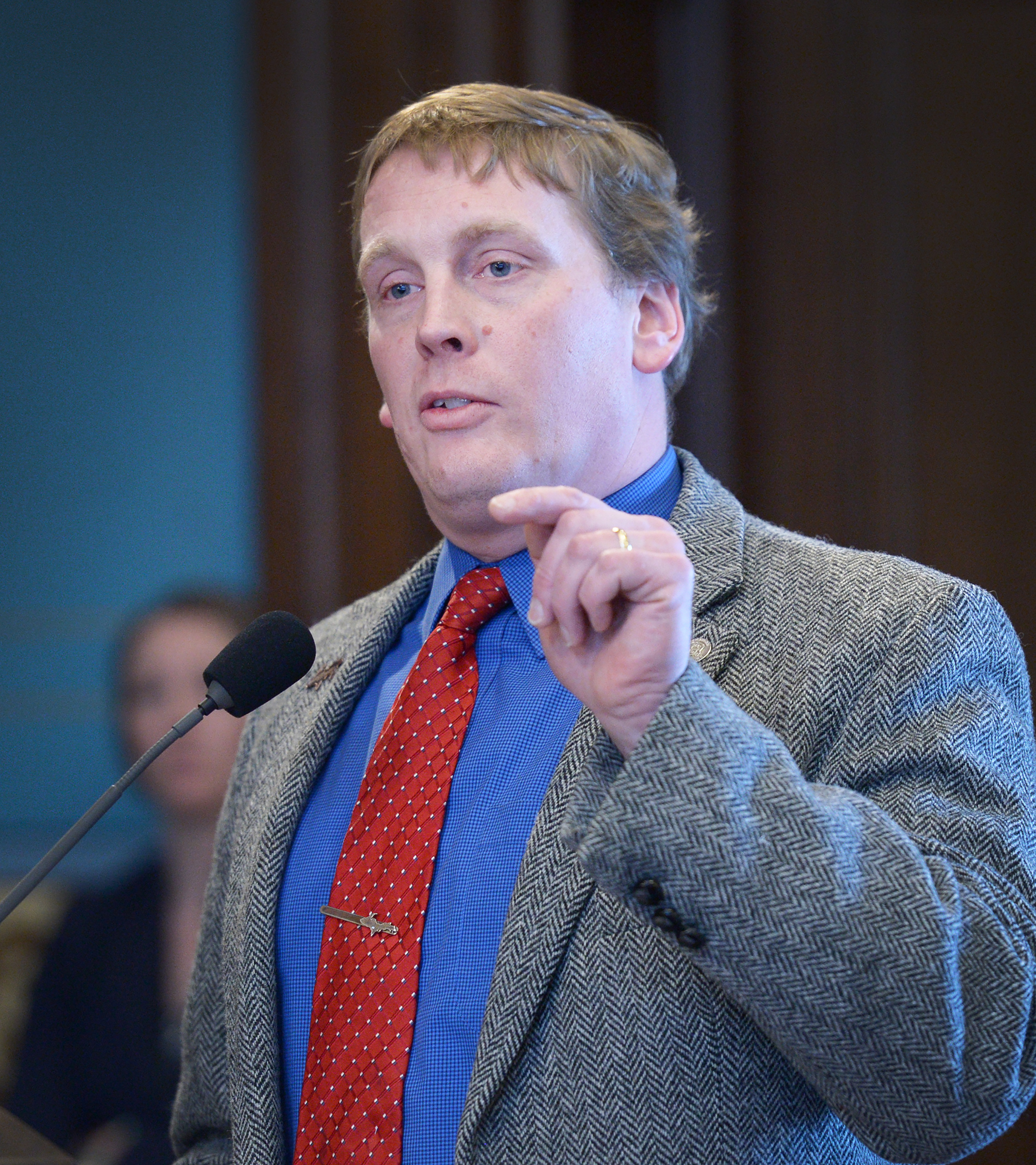 Editor’s note: A signed letter of the Senate Oversight Committee’s detailed review of Executive Order 2019-2 is available on McBroom’s website at https://misenategopcdn.s3.amazonaws.com/38/documents/Official-EO-2019-02-Letter-to-Gov-Ops.pdf.

Photo caption: Sen. Ed McBroom, R-Vulcan, speaks from the Senate floor on Thursday, Feb. 14, in support of House Concurrent Resolution 1, which rejects Gov. Whitmer’s Executive Order 2019-2 that would eliminate oversight commissions and restructure the state Department of Environmental Quality. A full resolution image is available at https://www.senatoredmcbroom.com/photos/. Video of McBroom’s remarks is available at https://youtu.be/g363UCLu2TA.